or make 4 interest-free payments of $129.09 AUD fortnightly with 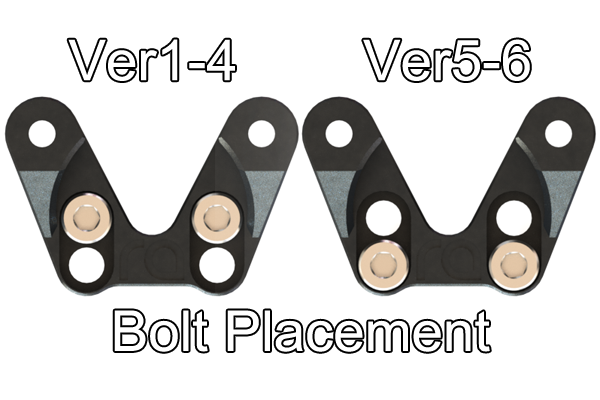 It converts the OEM side feed fuel injector setup to top feed, allowing the use of high flow fuel injectors (not included). The fuel rail injector bores are 14mm ID. Each rail features a large internal bore to suit even the most fuel hungry engines. They are CNC machined from solid 6061 aluminum, black anodized, and laser engraved for a high quality surface finish. All 6 fuel rail ports are tapped with 8AN ORB (3/4″-16) threads 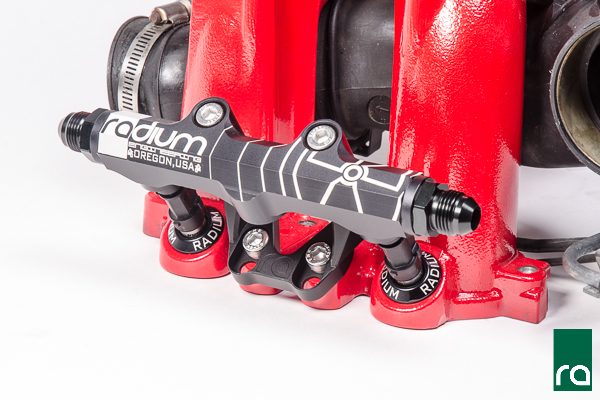 Machined phenolic mounting spacers and washers are included to completely isolate the fuel rail from heat transferred from intake manifold and mounting bolts. 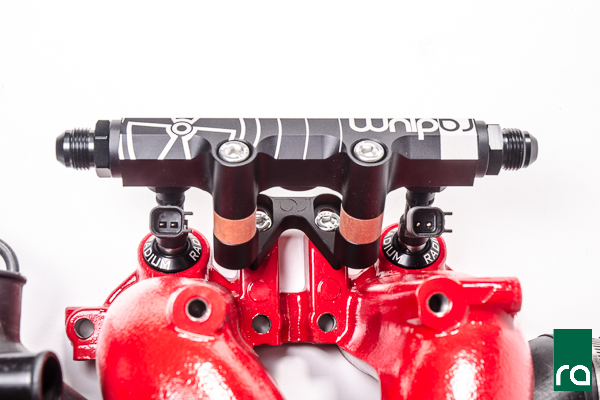 This fuel rail conversion kit is compatible with all fuel types including popular alcohol mixtures such as E85. The four included machined injector seats press into the intake manifold and seal air tight. They are anodized and laser etched and are designed for 14mm diameter lower O-ring injectors. 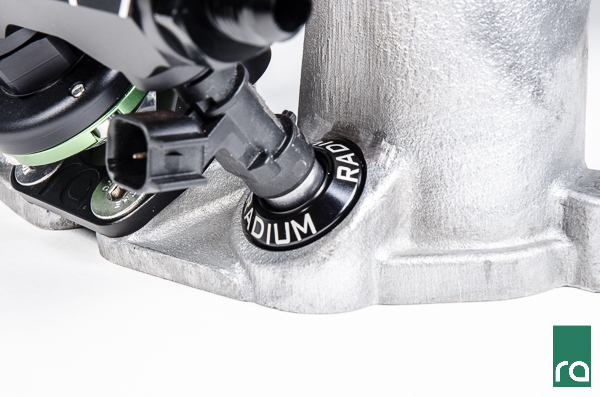 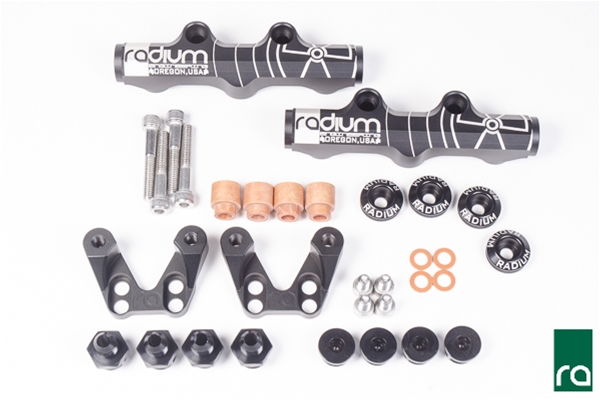 The 20-0335-01 kit includes enough to plumb the rails in “Parallel, Flow-Through” or “Series”. Refer to the More Details tab above for more information. If -8AN male fittings are required, they can be purchased here 14-0152. Two of the plugs can be used if the fuel rails will be plumbed in “Parallel, Dead End”, as shown. The other two plugs can be used for the lower center ports if a fuel pulse damper is not used.

Do I need a pulse damper?

The opening and closing of the injectors creates pressure pulses in the fuel rail, which can lead to unstable fuel pressure. In order to achieve a safe and consistent rail pressure, a pulse damper should be used (especially with high flow injectors). The internal diaphragm will absorb oscillating pulses and stabilize fuel pressure. This correction can be measured throughout the RPM range and can often help an erratic surging idle. 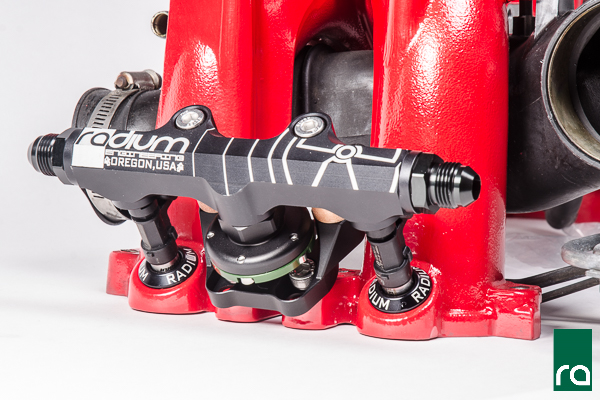 The optional Radium 20-0176 fuel pulse damper can be used in any of the three -8AN ORB ports on these fuel rails.

If the OEM 2-bolt flanged FPR will be reused, select one of the OEM FPR options above. The 20-0301 OEM FPR adapter is commonly used with EJ20 engines and 20-0303 is used with EJ25 engines (excluding STi). MEASURE YOUR OEM FPR BEFORE ORDERING. These adapters can be used in any of the ports and permits properly clocking for appropriate fitment. 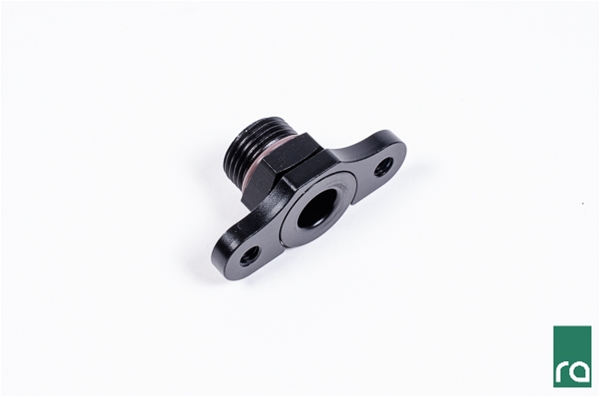 FAF Automotive offers 12 month warranty with all our products and full manufacturer warranty. If you have any issues at all please feel free to contact us.

We truly believe we sell some of the most unique items online, and we want to make sure we back that up with a risk-free ironclad 30 day guarantee.

If you don't have a positive experience for ANY reason, we will do WHATEVER it takes to make sure you are 100% satisfied with your purchase.

If you don't like it, no hard feelings we'll make it right.